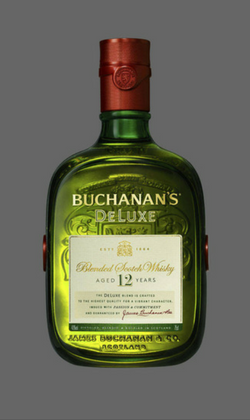 Buchanan’s is Diageo’s second largest scotch globally, and a brand loved by many people due to its values, heritage and provenance.

Buchanan’s Scotch dates back to 1884 when James Buchanan, an entrepreneur with natural talent, sought to create a blend that would be appreciated around the world for its light, smooth and refined flavour, by only using the most mature Scotch Whiskies that had been aged in cask for a minimum of 12 years.

1885 SUPPLIER OF THE BRITISH PARLIAMENT: Whisky produced by James Buchanan was considered to be of excellent quality. Only a year after the start of his company, he opens new offices in 20 Bucklerbury and starts providing whisky to the British Parliament.

1926 BUCHANAN'S FINEST OLD LIQUEUR IS LAUNCHED: Buchanan's Finest Old Liqueur hits the market with a bottle inspired by the canteen of soldiers from World War I. This shape was chosen as a symbol of friendship to all those who drink it and is maintained in the bottle today.

1928 CHARITABLE DONATIONS: Throughout his life, James Buchanan made numerous donations. His generosity was marked with a commemorative plaque bearing the motto 'Hinc Clarior Spiritus' meaning 'Hence the Brighter Spirit'. This crest is engraved on the back of the bottle to show that the quality of the product inside will lift the spirits of all who drink it.

Buchanan's On the Rocks 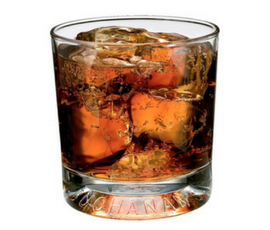 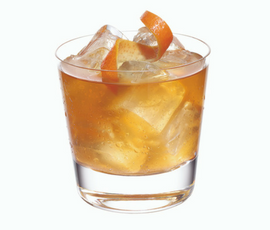 BUCHANAN’S 12 DELUXE: The heart of the Buchanan’s family - A smooth blended Scotch Whisky with notes of orange, chocolate and honey sweetness

BUCHANAN’S MASTER: - A delightfully complex blend- The personal creation of Buchanan’s Master Blender Keith Law, this is a whisky with smooth sweetness and fresh and spicy notes on the tongue

JAMES BUCHANAN’S RED SEAL: Luxury and craftsmanship - The most premium of Buchanan’s blends, a whisky of rare craftsmanship and smoothness that is inspired by the Buchanan’s Royal Household blend made for Edward VII in 1901.