A Guide to Mortlach 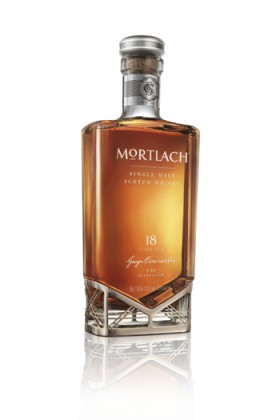 Mortlach has been described by whisky connoisseurs as “The Beast of Dufftown”, for its rich and powerful flavours, produced in an astonishingly complicated and unique distillation process which commentators have attempted to explain as ‘2.81 Distilled’.

In 1823 Mortlach was the first distillery to be built at Dufftown, now one of the epicentres of Speyside whisky distilling.

Morlach's unique distillation process produces a spirit that is 2.81 distilled: precisely calculated to create the highly complex yet balanced distillate. It was audacious to make Whisky this way, and no one has since.

Hidden for 190 years, Mortlach was the first legal distillery in Dufftown, the heart of Speyside.

Nicknamed ‘The Beast of Dufftown’ for its robustness, has been a secret amongst whisky connoisseurs for decades.

To find a world of popular and exciting serves featuring Mortlach.

Range:
This brand’s most renowned expression is Mortlach 18 Year Old - an appetizing whisky for those who enjoy their whisky robust, it is astonishingly complex, characterized by rich fruit and malty sweetness - but it also offers other variants to suit more styles and tastes.