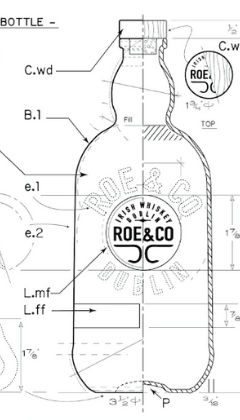 Roe & Co was born out of a partnership between Diageo Master Blender Caroline Martin and five hand-picked Ireland based bartenders, with the task of creating a unique blended Irish whiskey that would hold its own in cocktails.

In the true spirit of collaboration and endurance, this vastly experienced team trialled over 100 prototype blends before they created this truly extraordinary expression of Irish whiskey.

Roe & Co is an Irish whiskey made by bartenders for bartenders and as such, bartenders will always be a key partner in telling the Roe & Co story to the masses.

Roe & Co is an elegant Irish whiskey, packed with delicious layers of flavour including vanilla, caramel and ripe orchard fruit.

A masterful blend of rich malt and smooth grain whiskies aged in a high proportion of first-fill Bourbon barrels gives this Irish whiskey its depth of flavour.

Bottled at 45% ABV with smooth, non-chill filtration, this whiskey enhances any serve, retaining and releasing its full flavour. 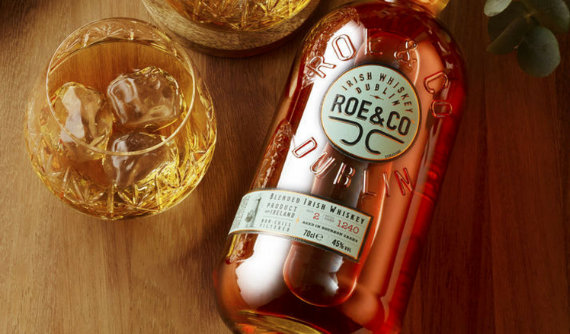 From whisk(e)y on the rocks to whisk(e)y highballs, this is one category that shows no signs of slowing down. So, what’s next? A new Irish whiskey, that’s what! We find out more about Roe & Co, the latest offering from the Emerald Isle and serve up some cocktail inspiration for you to try.

Roe & Co’s notes of vanilla, caramel and ripe orchard fruit pair perfectly with soda or tonic water and a zesty kick of grapefruit. This blended Irish whiskey is the perfect choice for a classic highball serve.