STRETCHING OUT THE CLASSICS 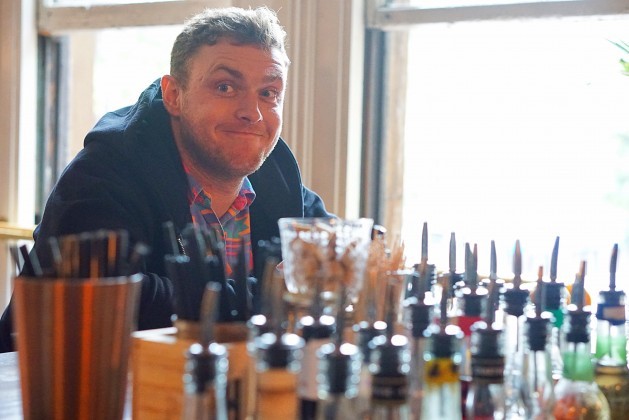 STRETCHING OUT THE FLAVOURS

‘Stretching out’ drinks takes existing recipes, usually traditional or ‘classic’ (typically, quite spirit-forward by nature), and applies their flavours or ingredients to a new format, like a highball.

To ‘stretch out’ a recipe, there has to be a deep understanding and familiarity with the drink in question. When someone has served a drink countless times, they understand and appreciate the flexibility in the cocktail’s character – what can stretch, what works and what won’t work.

A drink’s new format is often built for longer consumption (‘stretched out’) and this is reflective of changing attitudes to conscious drinking. Not only does this give older recipes a new lease of life, but they can help a bar’s bottom line as they’re often lighter on ingredients and well suited for volume sales.

I’ll usually add a few ‘stretched classics’ to our menu in summer months, so here’s a few of my favourites to test the waters... 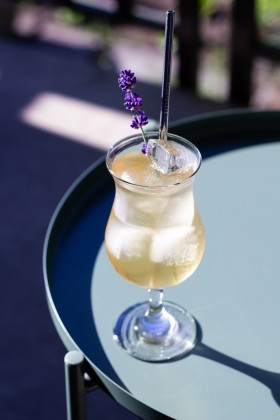 The history of the Rusty Nail is so convoluted with legend and folklore, it’s acquired a cult-ish status amongst bartenders. Under the guise of multiple names and ratios, this 2 ingredient banger has collected origin stories spanning the early 1930’s to the mid 1960’s.

My favorite Rusty Nail story is that the cocktail was created in Hawaii sometime around 1942 for the artist Theodore Anderson. I love the thought of someone in the climate of Hawaii giving the world a drink that, to me, evokes images of cold nights and cosy fireplaces.

The traditional recipe is quite spirited, and was allegedly very popular with the members of the Rat Pack. I was keen to see if we could take the Rusty Nails’ bold flavour profile and create a more sessionable drink.

My riff relies on the simplicity of the drink and its Polynesian “heritage”. The tropical fruit notes in Johnnie Walker Black Label makes the drink sing. The inclusion of the coconut and lavender makes it dance.

Build all ingredients in a tall glass over ice and give it a quick stir. 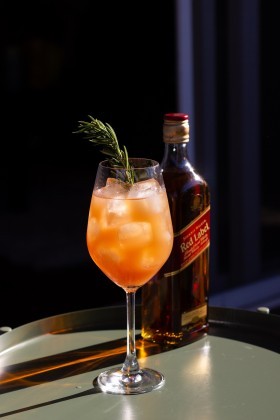 Pulled straight from the legendary Savoy Cocktail book of 1930, the history of this drink dates even further back to 1922. 8 years before making it to print, the drink earned its name from making its debut at the premier of Fen Niblo & Dorothy Arzner’s bullfighting film, ‘Blood and Sand’.

Naturally, this matador chose red for this one. Johnnie Walker Red Label is perfect for ‘stretching out’ this cocktail. It’s vibrant and playful, and there’s just enough length on the finish, with a crackle of spice and touch of creaminess, to add complexity to a longer version of the drink.

I love the idea of a Blood and Sand being enjoyed as an aperitif by Hollywood's elite, so I wanted to really focus on lifting some of the heavier elements, but retaining the original flavour profile. A dry cava adds a big citrus lift to the bolder notes at play and that little touch of rosemary ties everything together nicely.

Add all ingredients to a wine glass before adding enough ice to fill the glass, no need to stir, the ice has mixed everything together for you, this way you get to keep a lot more effervescence. 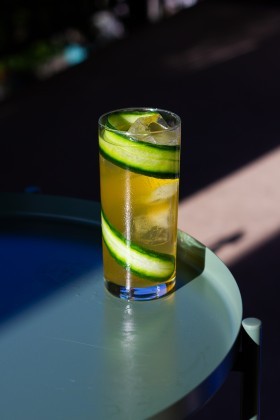 This contemporary classic hails from Milk and Honey in NYC. Created by Sam Ross around 2009, it was originally designed as a rye forward cocktail.

The talented Mr. Ross describes the drink as a ‘summertime Manhattan’, but I think he’s selling his creation short – it’s delicious all year round.

My twist on this is going beach balls to the wall and crank up the summertime sentiment with the addition of fresh citrus and soda.

I’ve incorporated the fundamental flavours of a Cobble Hill into a longer and lighter version by switching out the rye in favour of Johnnie Walker Red Label’s zesty notes.

Packed with cinnamon and spices, there’s enough body to support Montenegro but not dominate. The late arrival of cucumber adds a crisp balance to the final outcome. Every ingredient should bring something to the party. If it doesn’t, don’t invite it.