Ever dreamed of having your cocktail creation on menus across the world? Leading bartender, Phil Ward, has done just that with his Oaxaca Old Fashioned cocktail. Read on to hear Phil’s story, his discovery of mezcal and his top tips for creating the next modern classic cocktail. 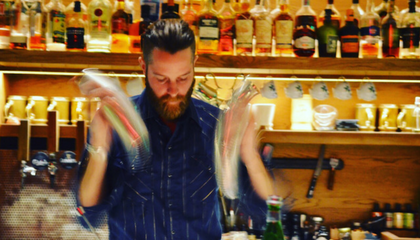 I had been bartending in good cocktail bars for about six years before I stumbled upon what has become known as a modern classic: the Oaxaca Old Fashioned. However, Death and Company was my first opportunity to be the final word on a cocktail’s validity for serving or menu placement. My previous five years were spent under the tutelage of Julie Reiner at the Flatiron Lounge and Audrey Saunders at the Pegu Club.

Before embarking on my own journey at Death and Company, I spent most of my time reading old cocktail books and learning about the classic cocktails detailed within. This provided me with a thorough education in understanding the balance and structure of cocktails, which is, in my opinion, the most important component of every cocktail.

Templates create a blueprint. A well-balanced cocktail’s template is a blueprint for other well-made balanced cocktails. For example, the template for an Old Fashioned is: 55 millilitres of spirit, a teaspoon of sweet, and a few dashes of bitters. No matter what you use, if you stick to this template, the drink will be balanced. Some will be better than others but almost every drink will be palatable.

This is what I like to call my “Mr Potato Head” theory of cocktails: you just take Mr Potato Head apart and dress him up differently using the same template. This was my most important cocktail epiphany. In the Oaxaca Old Fashioned, I merely substituted whisky for agave spirits, and traditional simple syrups for agave nectar.

But therein lies the second important concept utilised in the creation of this cocktail: splitting hairs. This is a technique that I learned from Audrey at the Pegu Club which involves compartmentalising one of the components within a template, in this case whisky, and replacing it with two or even three different types of spirits to make up the quantity traditionally used as the base of a cocktail. This can be done with modifiers and juices as well, allowing you to make a more complex flavour profile while maintaining the balance of the template.

All about the mezcal

There was a time at Death and Company when I was creating new drinks almost daily! We had a fantastic group of regulars who came several times a week and looked forward to trying something new every single visit. We catered to their thirst, while they catered to our creativity.

Then, jackpot – I discovered mezcal! I’d always been fond of tequila, and mezcal blew my mind from the word go! The Oaxaca Old Fashioned was the second drink I ever made with mezcal; the first was what I called the Jovencourt Daiqiuri, which was no more than a Barboncourt Daiquiri with seven millilitres of mezcal added. I found it incredible how much depth and complexity the simple addition of a small amount of mezcal gave an already well- structured drink.

I don’t remember when or for whom I first made The Oaxaca Old Fashioned. In those days, I made up most of my drinks right off the cuff and I’m pretty sure this is probably what happened with the creation of the Oaxaca Old Fashioned. It really was a no-brainer: I loved Reposado Tequila, and I knew adding it to a traditional Old Fashioned would be absolutely delicious, but why not make it a bit more complex with the addition of mezcal, like I’d already done with the Daiquiri? Here is how the recipe turned out: 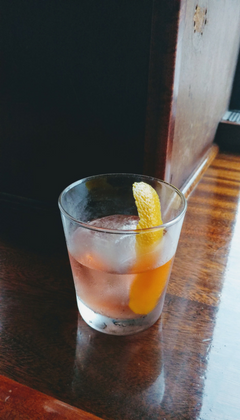 Build over ice in a mixing glass

Pour over fresh ice in an old fashioned glass

Garnish with a flamed orange twist

I didn’t set out to create a modern classic; I always set out to create great drinks. We put it on the menu shortly after its creation and then it was mentioned in the press a few times, and from there it just spread like wild fire. At this point, it has probably been on menus on three or four of the world’s continents!

The key to successfully creating your own modern classic is this: it needs to be delicious in flavour while remaining simple. It doesn’t require unicorn tears or elf tincture, it just uses common components and raises their ceiling.

You’ll find that the case with most modern classics: the Penicillin, Benton’s Old Fashioned and the Gin Mule. These are all simple drinks that transcend their simplicity. If I had one thing to say to young bartenders it would be don’t get ahead of yourself. Learn balance. Learn Structure. Keep things simple. These, I believe, will also be the foundation of the next modern classic cocktail.