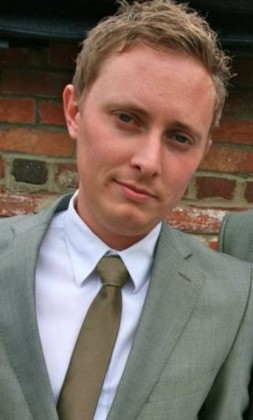 As you can imagine, it’s a question I’m asked more than any other.

And in fact, it’s a good question as far as I’m concerned. If I knew the answer, I’d probably jack in journalism and get into bartending.

However, I know that’s not very helpful, particularly for those bartenders looking to this article to help emulate the likes of Artesian or Dead Rabbit.

In a nutshell the World’s 50 Best Bars is a poll of industry opinion on what are the best bars in the world. We collect votes, count them, produce a magazine and announce the ranking at a ceremony every October… and reminiscing on it now, it’s a great occasion.

Have a read and you never know, you might just make it onto the most prestigious list around.

This year we are aiming to have around 400 voters from about 70 countries around the world. We have input from the all-time legends of the industry; contacting the likes of Peter Dorelli, Salvatore Calabrese, Dale DeGroff, Ueno Hidetsugu, Tony Conigliaro, Jim Meehan and the list goes on.

These are the guys who spend more time on planes and in bars than at home.

But undoubtedly the emphasis is on bartenders, who make up about 85% of the Academy. We take the opinions of the likes of Alex Kratena, Sean Muldoon, Erik Lorincz, Charles Joly, Jorge Myer, Ago Perrone and other notable bartenders who travel all over the world and who have a repertoire of knowledge and insights that we are keen to tap into. 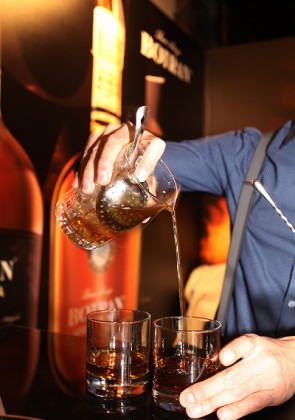 So what are they looking for? Well, drinks are not the only factor for our voters. Getting to the top of your industry requires getting it right in a number of other areas too: hospitality, service, atmosphere, food, concept, music and even communication – people need to know your bar exists. Profitability is also an important factor- it’s not the ‘World’s 50 Best Bankrupt Bars’.

Don’t get me wrong, the bars on the list must deliver first class drinks that bring something special to the industry. But a bar that falls down on service and the wider area of hospitality, won’t make the grade. Michael McIlroy from Attaboy is currently no.4 on our list. He once told me, “a great bar should encompass more than just what goes in the glass – it should encompass everything we stand for as champions of hospitality.”

Good hospitality starts the moment a customer walks through the door – not the moment they order a drink. You might call it the three-second rule. Make sure your customers have been noticed and acknowledged, no matter how busy the bar is. When they go to leave, it might be worth asking yourself has their experience improved their mood? And do they look like they might come back?

A lot can be learned by looking at the guys at the top. But it’s important this scrutiny doesn’t morph into reproduction. These bars are great because they moved the industry forward – offered something new. Simply reproducing what Nightjar did five years ago when it opened doesn’t make your bar Nightjar, even if you think you did it better.

Pioneering bars such as Dry Martini, American Bar, PDT, Clover Club and Employees Only earned the right to a classic status. Importantly, they perform consistently to a high level.

Last year, the two bars at the top of the list were led by some of the most hardworking bartenders in the industry - Alex Kratena and Simone Carporale and Sean Muldoon and Jack McGarry. Take that from them, not just their drinks or concepts.

Of course, Artesian and Dead Rabbit have big budgets that take their ideas from theory to reality. But there are bars in the list that don’t always have to have that luxury to make the cut. They’ve built up their reputation, earning their stripes along the way.

What great bartenders and bar owners share is a vision of what they want to achieve and an unresting drive to make it happen. It says a lot that all four of these guys have found their success away from their respective home countries - might be something to consider if you wish to make it big.

Not all bars fit into categories, but the best ones are the manifestation of clear visions. Everything within the walls of a bar tie-in to what it stands for, what it wants to be known for. The music, glassware, spirits selection, drinks or decors should marry together perfectly. Incongruity can be jarring and eclecticism is hard to get right. Perhaps you hate concept bars. Fine. Perhaps you don’t like boxes and tags. Fine. But the resulting space must work, practically, visually and atmospherically.

Besides, it’s always helpful for a customer to be able to digest the surroundings without having to be briefed on it first – who knows, they might even want to describe it to their friends. Not to mention the PRs and journalists that need to put the thinkings of your mind into words.

For now I will leave you with this knowledge and the hope that it will inspire you to get on the list. 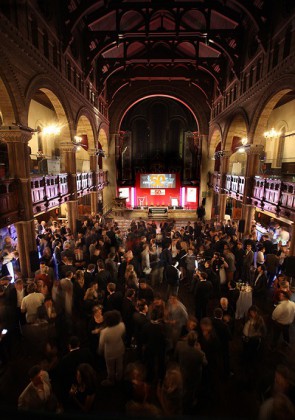