« back to SPIRITS, BEER & DRINKS

EXPLORING THE GROWING WORLD OF GIN

THE HISTORY OF GIN 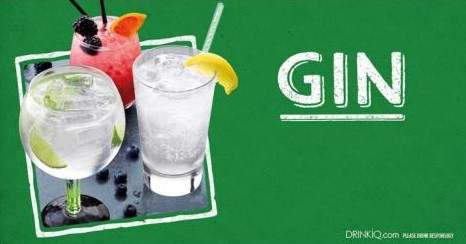 Gin starts its production in a similar way as vodka, but to be known as a gin the distilled liquid must undergo a flavouring process. Gin has to have a dominant flavour of juniper, a small blackberry common in Europe, with Dutch origins.

During the 16th century English soldiers fought side by side with Dutch soldiers in the 30 years’ war, sampling Genever for the first time. The distinctive smell and taste of Genever lead to herbs being added to ease the palate on consumption. A swig of the spirit before battle to steady the nerves led to the phrase– ‘Dutch Courage’.

Production of gin changed dramatically in the mid-18th century when “Old Tom” Gin a sweetened corn spirit was being created in large unsolicited volumes across Britain. Laws were passed granting only a small group of large gin producers the legal right to distil the spirit and by 1803 only 9 producers of gin attributed to 90% of London distilling capacity.

As time passed and production methods began to progress; the introduction of the Coffey stills and higher quality base spirit lead to the image of gin drastically improved. At its height it was declared as the English national drink and export to the US began to thrive; bartenders saw this as a light, clear spirit perfect for use in a new social drinking craze called, the cocktail! Till the 1960’s gin was king of the clear liquid, but in spectacular fashion it was knocked off the throne. Vodka was sweeping Europe and the US due to its almost odourless smell and delicate taste.

In the late 20th Century, with its sense of heritage and taste complexity inspiring bartenders to get creative and develop new serves, gin started its comeback... Brands such as TANQUERAY™ 10 immerged showcasing style, brand ability and sophistication and most importantly a lighter more delicate flavour which appealed to the modern drinker.

A LITTLE MORE ABOUT THE LIQUID 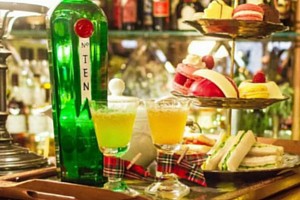 Gin is one of the most versatile spirits, so much so that you might see it being labelled and referred to differently.

Juniper Flavoured Spirit Drinks – must be made from 96% Abv spirit or grain spirit, a discernible juniper character, natural or nature-identical flavourings may be used and a minimum bottling strength of 30% Abv.

Gin – 96% Abv highly rectified spirit must be used, a discernible juniper character, natural or nature-identical flavourings may be used and a minimum bottling strength of 37.5% Abv.

London Dry/ London Gin – This is identical to a distilled gin except that no flavourings or sweeteners can be added to the distillate. There is no geographical delimitation for London Dry Gin.

GIN IN THE 21ST CENTURY 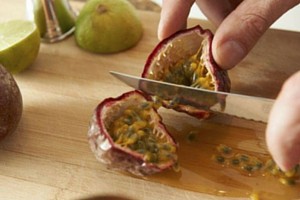 The 21st century has brought many changes to gin…

The level of innovation and the endless variation of provincial botanicals culminate in an explosion of different flavours influenced by tradition, locality and ritual.

On World Gin Day, when we rejoice in the wonderful world of gin, we must pay homage to this humble spirit. Ensure we give thanks to the pioneers of the past four hundred years who have been the custodians of this categories liquid legacy and celebrate what the next 400 hundred years of gin production will deliver.

Happy World Gin Day to you all.

We recommend mastering this serve before experimenting with the rest of the gin category.

METHOD: Fill a highball glass to the top with fresh ice cubes. Pour 50ml of Gordon’s gin over the ice, and top with tonic. Squeeze in a wedge of lime before dropping it in, and then give your G&T a final stir.

Top up with ginger ale

METHOD: Fill a highball glass with lots of ice, pour over your Gordon's gin and the cranberry juice. Then top up with ginger ale. For the finishing touch, garnish with fresh cranberries (or a wedge of lime). Serve in a highball glass.

The GORDON’S and TANQUERAY words and associated logos are trademarks ©Diageo 2016.